Home » Inside the book

The Stories Models Never Tell is an honest, real-life account of a modelling career; a tough and sometimes lonely profession for which, according to the author, minimum age limits should be established. Christine Hart defends a rational approach to fashion and, through humour, encourages readers to speak out against the route this industry is currently taking, determined to promote standards of beauty based on extreme youth and no-holds-barred thinness. These trends, argues the author, make no sense in a society that is ageing at full speed.

Hart defines herself as a spy inside the fashion world, starting out much later than her colleagues and even having to lie about her age to gain work. All of this is revealed in the very first chapter, entitled “A Model in Milan”. From there, the author takes us on a journey  around the world's key fashion markets, such as Paris or New York, where she lives through truly incredible experiences. Fascinating, like the evening shared with George Clooney. Shocking, like the night she had to walk a runway show for Colonel Gadaffi, locked inside a bunker along with other fellow models after being tricked into working an event at the Spanish Embassy in Tripoli.

Without a doubt, this book uncovers the less known, less glamourous side of the modelling profession. It's a guide for aspiring models, for parents who long to see their daughters triumph on the catwalk or make the cover of a prestigious fashion magazine. It's an account that will leave no one indifferent, tackling issues that concern modern-day society such as the dictatorship of predetermined canons of beauty; the glamorized challenges to teenage mental health; drug problems and the obsession with reaching super-skinny sizes to be accepted by the crowd, or the ferocious rivalry among models. 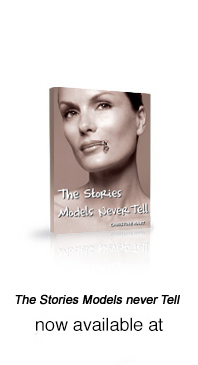 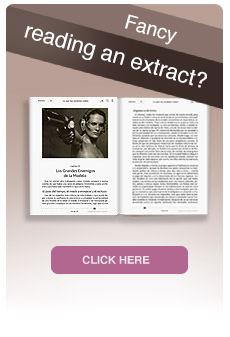